Enhance Your Photos with Nik Collection – Now for Free!

I’m sure you’ve heard the term “that’s been PhotoShopped” in reference to a photograph that perhaps doesn’t look entirely real. It’s used mostly in a derogatory sense, usually by purists who think that the only way to present photography is in its original “no filtered” look.

However, nearly all imagery is enhanced, edited or adjusted in some way.

Since photography began, people have been using filters to alter the finished product. One of the most common, and probably one you have on your camera now, is a polarizing filter that reduces glare and improves the saturation of an image. When photographing landscapes that contain a lot of sky, water or foliage, these give impressive results and are relatively cheap.

But they’re altering the image, and that’s fine.

On other occasions, it may be necessary to filter out a particular color, or increase the ‘warmth’ of a picture to make it more appealing. Again, this is what photography is all about.

Over the past decade, though, there has been a glut of software that aims to do all of this with even our bad photos and turn them into masterpieces.

Apps such as Instagram mean that anyone can highlight, adjust and enhance images to make them appealing with just the flick of a finger. And it’s this ease of use that has probably led to the widespread distaste for software enhancement in general amongst some photographers.

Putting it to good use

Let’s ignore the naysayers though and remember that photography is an artform and therefore benefits from the artist’s eye.

And one of the best tools to enhance any photography is PhotoShop.

Of course, it’s not without its problems. For a start, PhotoShop can be hideously complicated to use. Its massive array of settings; it’s almost limitless editing power, a wide range of filters, and the steep learning curve put many people off. But there are shortcuts.

For a long time now there have been two big contenders in the world of PhotoShop plugins. Put simply, plugins allow you to do things that would usually take a lot of effort. They simplify the sometimes huge number of steps required in order to get a dull picture looking great, but they usually come at a cost.

You can buy a lot of them as single plugins, but two companies provided entire suites of software that aimed to provide everything you needed in order to enhance your photos quickly. These were Nik and ON1 Photo.

Both of these packages had their advantages and disadvantages. However each had fans, so they competed pretty healthily with each other. The price was an issue, though, with only the really dedicated photographer wanting to fork out hundreds of pounds to invest in either package.

And then Google stepped in.

The acquisition didn’t go down well with many in the industry, though. For some, it was the end of an era. The Nik team seemed to disband, and the whole package got absorbed into the Google empire.

Updates were restricted to bug fixes, usually when PhotoShop was updated and things broke, but there did seem to be some effort to keep things running along.

And then Google dropped a bombshell by giving the whole suite away for free.

Well, it’s simple really. You can now get one of the most efficient and powerful photo editing packages for free, assuming, that is, you have access to PhotoShop, which in itself is quite an expensive package.

But what can you do with it?

The collection has seven main parts to it, each tuned to provide specific enhancements to your photographs. Let’s go through them.

This filter aims to bring back the look and feel of classic cameras. Using a range of filters, it can make your photos look like they were taken with classic lenses, giving that ‘analog’ look and feel. 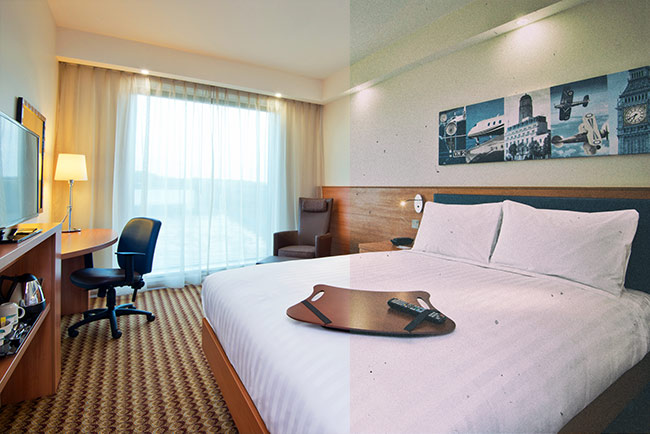 On the left, the original, on the right, 1970s Watergate style.

This tool is ideal for correcting colours, retouching images and adding creative effects to your images.

If gives 55 filters which can be stacked to give you an almost unlimited pallette to work from. You can also add control points, meaning you can apply the filters to specific parts of the image rather than the whole picture.

Converting colour to black and white looks easy. A few menu items in PhotoShop and there you go, done, but it’s not right.

Most efforts using the standard tools look somewhat lacking, and yet by using this part of the Nik Collection, you can get that natural look that will make your images pop.

This tool is seen as the de-facto standard of black and white conversion, and it’s easy to see why. 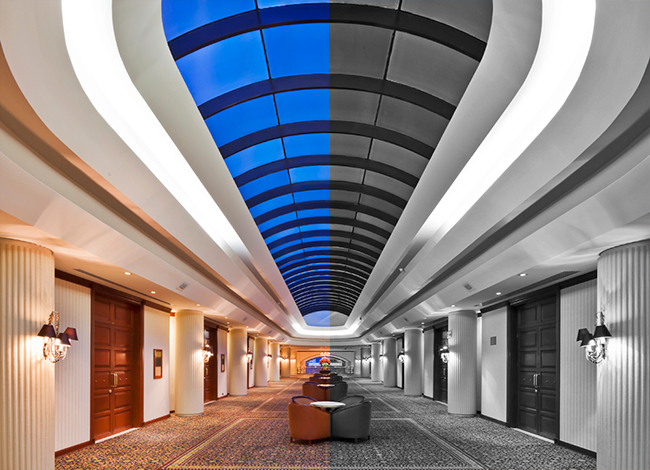 I have to admit, when I first used this filter I was a little unsure of why it was necessary given all the others on offer, however it offers a simple way to adjust the color and tonality of an image without using any complicated masks.

Contrast, brightness, saturation and shadows can all be finely controlled with ease.

HDR photography has probably been overused. When it was discovered by many, it was seen as a way to turn any photo into a blinding array of color. However, for all of that, it can give a striking effect, if you have the equipment to do it.

Well, now you don’t have to have the equipment. The effect can be applied after the photo has been taken.

Digital cameras can sometimes use noise reduction, leaving a faded or dull image, so a good sharpener can bring back the “pop” and color.

Nik’s tool does a superb job by allowing you to enhance detail and increase contrast.

Digital cameras all have their own little differences. Take the same photo with the same settings on two different cameras, and you’ll likely get two different images.

Also, depending on a number of factors, you might find that you get ‘noise’ in your images from some cameras. Although this is often at the lower-cost end of the scale, it can affect all cameras in different ways.

Dfine has profiles that have been tailored specifically for the camera you use, meaning you can get consistent results every time.

Should you get Nik?

A few years ago, I would have recommended only getting Nik if you found PhotoShop to be too complex, or the range of free filters too restrictive for your needs.

When it became cheaper, it would have been an easier choice. It was affordable even if you were an enthusiastic hobbyist.